Early in November, the Alaska Miners Association (AMA) held their week-long annual convention. An opinion piece by AMA’s Executive Director Deantha Crockett was published at the start of the convention noting that the convention was dedicating a day of presentations to “build bridges” between the mining and fishing industries. She identified the common enemy of miners and commercial fishermen as environmental groups, endangered species, and those who would seek instream flow reservations to protect fish habitat, like our client Chuitna Citizens Coalition.

In reality, the efforts by those “enemies” seek compliance with the law—a fair process that weighs both the environmental and socioeconomic impacts of mining as well as the economic benefit. The mining industry expects to get its way all the time. But, when the balance is properly struck, sometimes permits need to have strict provisions, and sometimes the cost to competing resources and users is too high, and permits should be denied.

Fishermen were quick to respond to Ms. Crockett’s opinion piece with their own. They felt that the AMA’s efforts were an attempt at a “greenwash.” They went on to make a very good point about who bears the impacts from mining and regulatory failures:

The huge difference between fishing and mining that AMA representatives seem to miss is that when fishermen violate their regulations we hurt ourselves by overfishing or degrading the habitat upon which our target species depend. When large-scale mining projects violate their regulations or seek to weaken the standards under which they must operate, the industry that is harmed is fishing.

Yet again, the convention was a platform for the mining industry to proclaim that it cannot get a fair shake for its projects and does not get due process. The real issue, however, is whether Alaskans have a voice when it comes to OUR natural resources. Our public process must be more inclusive to ensure that permitting is not a closed door deal between industry and regulators. The Alaska Constitution requires it.

Does Economic Gain for Industry Mean Economic Loss for Alaskans?

In Ms. Crockett’s article, she argued that mining is an “economic engine,” but this contention also missed the mark. Mining provides very little in economic gain to Alaskans. Royalties for hardrock mining are net income royalties, so the companies write off costs, before royalties are calculated.

These revenues won’t pull the State out of its current fiscal woes. There has been no real analysis of what these royalties cost our agencies in regulation, oversight, and cleanup. There has been no attempt to value the resources and services that are traded to obtain these relatively small returns. On top of all that, most, if not all of Alaska’s mines rely on substantial subsidies, further offsetting any economic benefit to the State. The proposed Ambler Road, for example, is a 220-mile industrial road planned solely to access the Ambler mining district. The State has already contributed over $26 million to the environmental review of the project and the road itself is estimated to cost anywhere from $190 to $990 million to construct, in addition to $10 million a year in maintenance costs.

The mining industry is not the victim of a too-robust regulatory process in Alaska. Instead, it is the beneficiary of a system that fails to strike the constitutionally required balance between resource conservation and development.

Private Water Rights OK for Industrial Use, But Not for Conservation

The mining industry espouses a double standard when it comes to water rights, which was well noted by Chuitna Citizens Coalition founding member Ron Burnett in an op-ed in early November. In October, the Department of Natural Resources (DNR) granted Mr. Burnett’s group an instream flow reservation—an enforceable water right that allows the public to protect waterbodies that are important for a variety of public uses. Mr. Burnett noted that this reservation to protect fish habitat gave local people hope that the agencies would work to protect the Chuitna River and salmon in the upcoming permitting process.

But mining interests appealed DNR’s decision, claiming that Alaskans should not be allowed to hold instream flow reservations to keep water in streams for fish. The hypocrisy noted by Mr. Burnett is that private industry holds water rights across the state that they use for their own private business interests when they take water OUT of fish-bearing streams—sometimes ALL of the water. No one else can use that water. On the other hand, instream flow rights seek to keep water IN the stream for the public interest of protecting fish habitat for everyone.

This attempt to remove public participation from the instream flow process is an attempt to dilute the ability of Alaskans to participate in the water allocation process when we are faced with over-appropriation of water for industrial and other uses.

Pebble Loses Its Efforts to Intimidate Its Opponents

When Pebble Limited Partnership first came to Bristol Bay they promised to listen to the people of the region. Well, the people spoke loudly and clearly against the mine, and instead of listening, Pebble lashed out.

Pebble sued the Environmental Protection Agency (EPA), claiming that the agency’s public and scientific process to analyze the impacts to water quality from a large-scale mine at the Pebble site violated the law. Pebble served over 60 subpoenas to groups and individuals who were not parties to the lawsuit but had participated in public processes urging EPA to take action to protect the Bristol Bay watershed. In November, however, Pebble’s attempts to infringe the First Amendment rights of its political opponents were sharply denied.

A federal judge tossed out several of the subpoenas. The court found that the subpoenaed information was “totally unreasonable,” “needlessly broad,” and violated the First Amendment. After this ruling, Pebble began to withdraw many of the remaining subpoenas, which is a huge relief for those with a subpoena hanging over their head. If those subpoenas had been allowed to go forward, it would cost those groups and individuals significant sums to hire attorneys and consultants to go through their private communications.

This ruling came on the heels of Pebble’s CEO Tom Collier addressing the Resource Development Council November 18th at their Annual Alaska Resources Conference. In his speech, Mr. Collier highlighted meetings between EPA and the public without acknowledging that Pebble had similar, if not more, meetings with EPA during the public process designed to determine if the environmental risks posed by the potential mine were simply too great. He then insisted that Pebble just wants to get to permitting, despite the fact Pebble has never submitted a permit application—even after a decade of exploration activities and false promises that most Alaskans don’t believe. 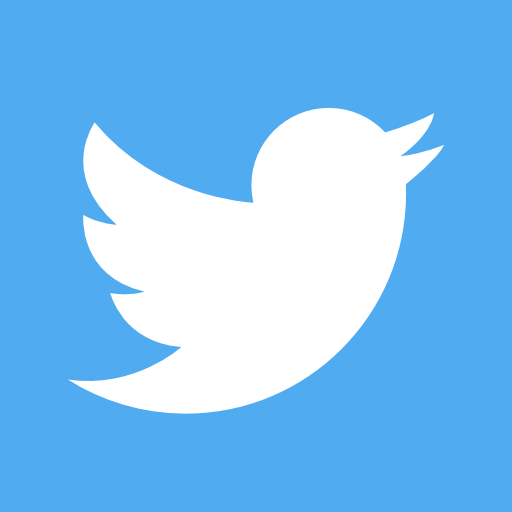